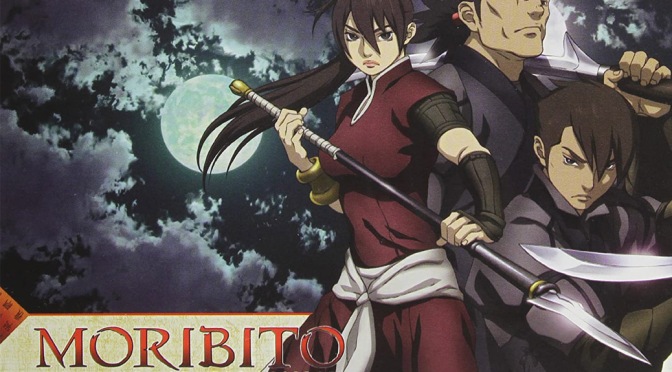 Sword of the Stranger

Yona of the Dawn

The kingdom of New Yogo is under the grip of an eternal drought believed to be caused by a water spirit living within Chagum, prince of the realm. Ancient scriptures say that the first emperor ended a drought by slaying the water spirit. The current emperor has no choice – Prince Chagum must die. In a desperate attempt to save her son, Chagum’s mother implores the spear-wielding mercenary known as Balsa to take her son and flee.

Balsa is a woman of considerable skill and great honour. What starts as an assignment to protect an inept child soon turns into a quest of a spiritual and personal nature. Chagum is the learn more about the people that funded his lavish lifestyle, while Balsa will repay an old debt and open her heart to life. These two are the core of Moribito, so I’m pleased to find depth here. Balsa in particular is a stand out as one of the best female leads in anime. She strikes a good balance of toughness and wisdom without losing identity as a woman, which plays into her almost motherly role to Chagum.

People tell us she’s a skilled warrior and the animators made sure we knew it. The action in Moribito is up close and personal, a flurry of attacks illustrated with beautiful animation. It’s sharp, weighty, to the point and doesn’t drag. I just wish there was more of it. We see a great fight early on, giving the false hope that such scenes will continue throughout the series, but it’s a half dozen at most.

Not that I’m complaining about what comes instead. There are two primary threads – Balsa and her mission to protect the prince while figuring out this water spirit (Mushishi-esque magic), and Chagum’s evolution from a useless royal to someone with a purpose. I like the scenes of him with the resourceful street rat and his friend as they roam among the people.

Moribito, like any good Japanese period piece, is steeped in “way of the warrior” mythology, deeply spiritual and philosophical. My favourite episode takes place in a swordsmith’s workshop. Balsa needs her spear fixed but must hide in the back room when the emperor’s men arrive to have their weapons fixed from the same fight. While he finishes a job, the smith tells the soldiers of the ultimate sword being one that doesn’t kill and a story of a warrior protecting a child at all costs, even when his friends have orders to kill him. Compelling.

I was surprised to learn after finishing this anime that it is an adaptation of only the first novel in a 12-part series. I say surprised because this doesn’t feel incomplete. It certainly builds a world with possibilities beyond what we see though doesn’t leave us hanging. Much appreciated.

The action visuals are beautiful. Whoever key animated those fights did an excellent job. The character designs strikes that ideal balance of anime meets realistic with a layer of fantasy. The grander environments, however, with sweeping camera movements or long shots in use show their age. One can see this is at the threshold of CG modelling to shortcut large environments.

For a period piece such as this, you have to watch it in Japanese even if the English acting is fine. It sounds a little weird in any other language. Good music.

A prince set for death to cleanse a curse plaguing his kingdom finds a second lease on life when a lone warrior woman take him under her protection. With a protagonist as engaging as Balsa and an interesting world, Moribito is an easy watch from start to finish. I do wish there was more of that action.

Recommendation: Watch it. Moribito: Guardian of the Spirit is something a little different that you don’t see much of anymore. There is also a live action series if that is your preference.