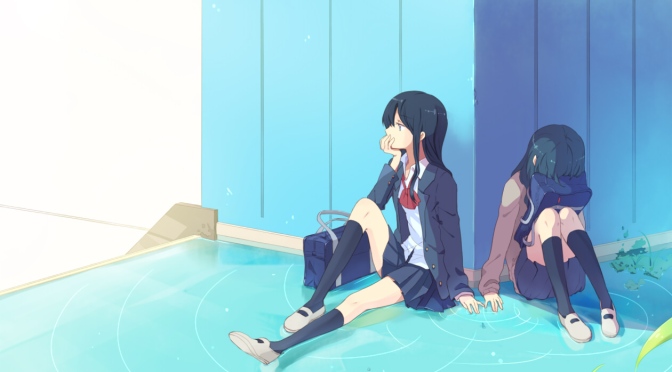 Welcome to a guide for shoujo ai & yuri manga. This guide is for newcomers to the genre and regular readers looking for what to read next. If you’ve heard of the genre, but weren’t certain if it was for you, then this guide should help you make a decision.

This guide includes all manga with a significant shoujo ai element – it doesn’t have to be pure yuri.

What you can expect:

Problems with the genre:

Recommendations (Japanese titles are in brackets if different from English):

As always, if something sounds good to you, then give it a try, regardless of whether I dislike it.

(Click titles for my review or ‘MAL’ for MyAnimeList database entry.)

For first time readers. These are the best three to start with to see what the genre has to offer. If after these you have no interest, then it is unlikely the genre is for you.

Cirque Arachne [MAL] – the shortest of the best. About an acrobat who falls for her new trapeze partner.

Fragments of Love (Omoi no Kakera) [MAL] – A girl who is into older women explores her sexuality. Confident protagonist about her sexuality.

Asagao to Kase-san [MAL] – a timid with confident paring in high school. Most adorable protagonist. (ongoing)

Blue Friend [MAL] – The story of a kind and honest girl breaking through the armour of a shut in classmate.

Candy [MAL] – A lovestory focusing on Kanon, a tomboyish student at an all-girls school who attracts many love interests although she’s too dense to notice.

Notes from the Garden of Lilies (Zenryaku, Yuri no Sono yori) [MAL] – A humorous story between a loudmouth and a nice girl…suspiciously nice…

Prism [MAL] – Megumi starts high school with the hopes of finding excitement in love. However, the boy, Hikaru, she had a crush on is now a girl. How?

Qualia the Purple (Murasakiiro no Qualia) [MAL] – A girl who sees everyone as robots and can ‘repair’ people is sought by police and criminals alike. Involves quantum science and dimensions.

Strawberry Shake Sweet [MAL] – Sixteen-year-old pop culture idol Julia takes in the new talent Ran as part of her job, but ends up falling for the other girl almost immediately. Slapstick fun and hijinks follow as Julia tries her best to woo Ran but remain a professional idol!

Chatting at the Amber Teahouse (Ameiro Kouchakan Kandan) [MAL] – a group of women work to save a teashop and some even find love.

Citrus [MAL] – A girl has a love-hate relationship with her new strict stepsister.

Flag Time (Fragtime) [MAL] – A girl who can stop time for three minutes a day and her friend who is immune to the power spy on people’s mundane lives.

Flower and Stars (Hana to Hoshi) [MAL] – sports rivals with something more underneath.

Heart-Pounding Excitement at Mononoke Girls’ Academy  (Tokimeki Mononoke Jogakkou) [MAL] – a girl accidentally enters a demon school where everyone want to eat her (…in more ways than one).

Kashimashi: Girl Meets Girl [MAL] – a boy is turned into a girl after an accident with alien.

Kimi Koi Limit [MAL] – A girl becomes homeless after she cries out the wrong name during sex.

Octave [MAL] – A failed idol returns to Tokyo where she meets a ghost composer who seduces her with confidence. Very slow paced.

Pure Water Adolescence (Junsui Adolescence) [MAL] – A student is in love with the school doctor and will do anything to stay with her, not understanding the realities of adulthood.

Shinigami Alice [MAL] – Masaki sees a doll-like girl kill a man with scissors. Now Masaki can’t stop thinking about her, and about finding a way to see her again.

Strawberry Panic [MAL] – Nagisa meets Shizuma on the first day at her prestigious new school and her breath is taken away by her beauty. Light humour, no drama.

The Secret Recipe (Himitsu no Recipe) [MAL] – A girl asks her cooking club president to kiss her to confirm her sexuality. Comedy.

Whispered Words (Sasameki Koto) [MAL] – Kazama has a seemingly endless series of crushes on other girls — specifically, on cute girls. She’s oblivious to the fact that her athletic, sarcastic and distinctly *un*cute friend Sumika is in love with her.

Wife and Wife (Fu-Fu) [MAL] – a slice of life about two women who move in together. Charming.

Brother, Dear Brother (Oniisama e…) [MAL] – one of the oldest in the genre. Too much pandering.

Hoshikawa Ginza Yonchoume [MAL] – The story of a home schooled girl and her guardian, which eventually turns intimate.

Mousou Honey [MAL] – same as Gokujou Drops without the sex.

Shitsuji Shoujo to Ojousama [MAL] – A girl can no longer pay for her expensive tuition, so she agrees to become butler to the most popular and rich girl in school.

Shoujo Holic [MAL] – A girl starts in a Catholic school. A girl there takes a liking to her.

Sky-Coloured Girlfriend (Sorario Girlfriend) [MAL] – a tomboy is forced to play Romeo when she meets the beautiful Juliet.

Twin Cake [MAL] – woman becomes the manager of her favourite idol. Not much to it.

Lemonade [MAL] – most useless story ever.

Men & Women wish for a Spring Romance (Haru yo, Koi) [MAL] – a soap opera that never seems to end. The yuri is also over within a volume.

Nijipuri [MAL] – An ordinary girl falls for a high-class girl at her new elite school. As generic as possible.

Shapes of Feelings (Kimochi no Katachi) [MAL] – A girl with a fear of touching girls because she was rejected in the past falls for her senior.

Shitsurakuen [MAL] – boys fight for ownership of girls in school. A girl manages to enter the fights. Worst world-building in manga.

So bad, you must read it to believe it:

Hen Strange Love (Hen) [MAL] – I can’t even begin to describe this. Check the review; too much to list.

My Two Wings (Boku no Futatsu no Tsubasa) [MAL] – A girl with male extras must hide her secret at school while still trying to date. Entertainingly bad.

Further manga will be added in future on occasion, should any notable titles arise. If you have any questions or other manga you want me to review for this list, please contact me here or in the comments below.

A special thank you to those of MAL who helped gather the list in my request thread, and to the scanlators who brought many of these titles to English.

Thank you for reading.