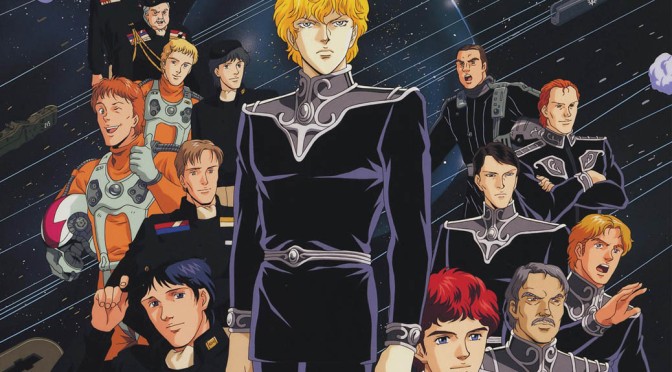 In the previous film, My Conquest is the Sea of Stars, admirals didn’t like this young Reinhard Lohengramm upstart gaining glory. They dismissed him, saying he wouldn’t get far. Now he’s on the path to admiral. The position is within his grasp, which rankles other power players due to his royal family connection since his sister married the Kaiser.

For Yang on the opposing faction, we see a more personal side of him, as being a hero in the war requires personal sacrifices. One scene has Yang relinquish his feelings for a woman, and hers for him, when his friend proposes to her. There’s no dialogue – visuals and music convey this emotional moment alone, reminiscent of the final battle from the previous movie.

The villain this time is a warmonger working behind the scene to profit off the war and make sure it goes on forever.

Overture taps into the same themes from early in the main series – command and power. Reinhard was given executive power to override any dissenters, whereas Yang can’t do anything without approval from above. This theme plays out several times to significant effect on the soldiers depending to their commander’s competence, ending in a great battle. I like that these movies use their time to give more perspective from the lower ranks. It builds the society a little each time.

This is more of the franchise I know and love. The writing is engaging, the characters complex, and the conflict ripe. To detail these would be to repeat my Legend of the Galactic Heroes review, so read that for the full picture.

Overture to a New War is the lead up to the start of the series, ending in the show’s first battle, though with a few changes. As such, this is a good taster of what Legend of the Galactic Heroes has to offer.

A slight improvement over the main series.

The acting and classical soundtrack has not missed a step.

Overture to a New War tells of events just before the start of the main series, adding a new villain and emotional challenges for Yang. This movie doesn’t deviate in quality from its parent story.

Recommendation: Overture to a New War is a great place to start the venerable series if intimidated by its runtime, though events have added significance if you know what is to come.

One thought on “Legend of the Galactic Heroes: Overture to a New War – Anime Review”