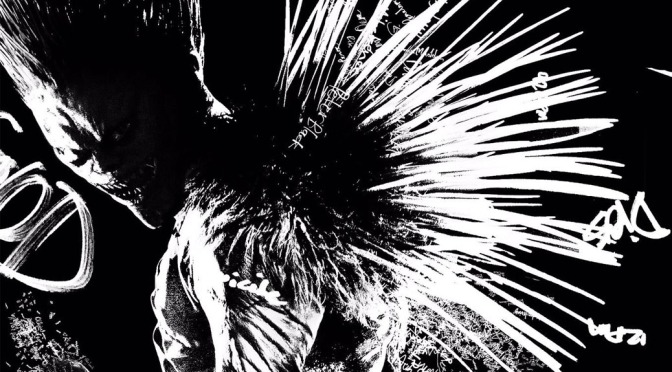 None had high expectations for Netflix’s adaptation of Death Note. For myself, expectations were low, very low, but I went in with an open mind. Every performer deserves their chance to exhibit, after all.

It becomes immediately apparent that this Death Note is not the Death Note we are familiar with, demonstrated no better than when protagonist Light Turner shows his Death Note to a random girl he has the hots for after she asks to see what he’s reading… This is…not good… Light is an idiot. Other than Ryuk and the Death Note itself, forget everything you know of the anime. Even the Death Note isn’t quite the same – some rules have changed.

So, Light gets his girlfriend involved early in his quest to rid the world of criminals by writing their names in the notebook. Unlike the original, where Light executed out of a sense of justice, this Light and his girlfriend do it more because it gets them all hot and bothered.

Look, even if you ignore all source material and imagine this film as an original piece, there is no redemption. Light and his girlfriend seem insistent on doing nothing to cover their tracks or identities, while Detective L’s plans to catch them are equally pitiful. At first, I thought L might be fine. His opening move to locate ‘Kira’ by leaking certain names to a police database, revealing Light’s source of criminals, is clever. Sadly, the cleverness stops there.

The third act is particularly bad. L grows irrational, falling for basic traps – if you can even call them traps – making him a weak opponent. He never backs Light into a corner with cunning. As for Light, his end gambit is implausible. Ryuk establishes early on that the circumstances of death must be feasible – “No shark attack while on the toilet.” However, in the finale, Light’s entire plan breaks this rule, forcing several civilians to act in a manner reliant on luck and huge coincidence. Why not just write in that a meteor falls from the sky, aye?

Sure, this Death Note could be worse, but you know, it may have been more entertaining as a worse film. As it stands, it’s a boring adaptation populated by idiots.

Recommendation: Don’t bother. Netflix’s Death Note is a bad adaptation of the source material, and even a weak film if judged on its own.