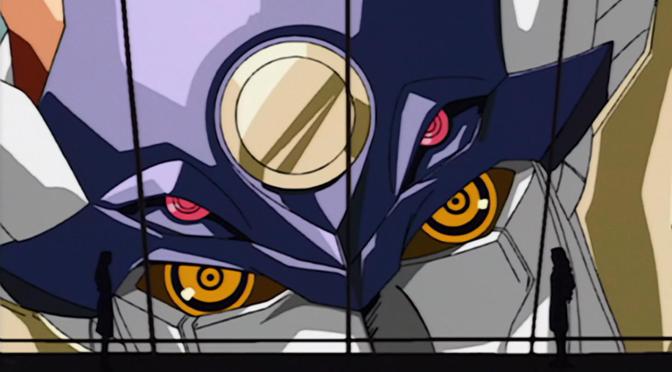 Before I figure out my current favourite anime, I want to look back at my favourites as they stood before I started this site. More than that, this is an opportunity to explore my progression in taste over the years, and perhaps it will make you think back on your own progression.

(I won’t be including movies.)

Honourable Mentions – A few noteworthy titles from my past

Dragon Ball Z – Before I was into anime proper, I was obsessed with Dragon Ball Z as a teen on a level you cannot comprehend. This was before I knew these morning cartoons went by the term ‘anime.’ In fact, it was getting into the medium beyond the morning programs that broke me out of my love for this show. I realised there was so much better. Now, not even nostalgia can make me interested in Dragon Ball Z.

Naruto – Naruto was my Dragon Ball Z replacement a year or two later. After I marathoned the first 50 episodes, I watched it week-to-week, eager to see what happens next as I discussed it with my friends at school. Then the filler started during the long wait for Shippuden. Episode after episode wasted our time with the crummiest writing, and without an end in sight, I dropped it. I would watch Shippuden in due course, but with that garbage filler packed between proper seasons, that too tell fell to the wayside around episode 200. I have yet to finish it.

The Twelve Kingdoms – I still love this fantasy epic and I am still waiting for a conclusion. It can’t be a favourite when so incomplete.

Orphen – one of my most watched anime that will always evoke fond memories. With age however, greater depth called to me.

Cowboy Bebop – I didn’t love it enough at the time for a slot.

The Favourites in rough ascending order – only the final is my definite favourite of the time.

My first romance anime. I didn’t intend to find this anime. It was a matter of restricted circumstance. I had a voucher for a store with a limited selection of anime and I picked up Ah! My Goddess the Movie because of Belldandy’s cover art. Loving the movie, I bought both DVDs for the 5-episode prequel series and fell in love. The sweetness of Keiichi and Belldandy’s romance filled me with the warmth of pumpkin soup. I would watch the series and movie whenever feeling down.

If I close my eyes, I can still hear the hype-inducing eurobeat of Initial D. I must have listened to those soundtracks a thousand times, probably more, over many commutes, levelling sessions in World of Warcraft, and Guild Wars vanquishes. More than eurobeat, Initial D made me love cars (including the brilliant Top Gear). I was most impressed by how gripping this anime made the racing battles. One wouldn’t imagine that fights without a single punch could muster such intensity.

I still remember the first time I saw the Escaflowne Guymelef animated on screen – coolest thing I had seen in anime. The mechanics of it all shows the creator’s love for world building. Again, the romance was a strong factor in my attachment to Vision of Escaflowne. I travelled with Van and company through the world of Gaea several times over the years.

Who didn’t love Fullmetal Alchemist? The creativity author Hiromu Arakawa infused into her world, characters, and alchemy still inspires me to this day. My reasons for favouring this anime are obvious.

Gundam SEED is still my favourite Gundam series (The Origin may usurp the throne however). There is a certain type of story I love. I don’t know what to call it. You have a group of people, almost like a family, yet with internal conflict as well as the external, travelling together is some form of vessel whether it be car, ship, or plane as they ward off enemy forces. They struggle together, always on the run from something, but they have each other. And during quiet times, they can retreat to their beds inside the vessel. Cosiness permeates this story type and Gundam SEED nails it.

Few stories, let alone anime, have managed to balance action and comedy as well as Full Metal Panic. Full Metal Panic Fumoffu is responsible for a lot of pain to my sides from laughter. Damn that anime is funny. Furthermore, Sagara is one of my favourite characters in all fiction.

No anime kept me in suspense like Death Note had. The pacing, direction, uncompromising brutality of character, and plot forced me to watch one episode after the next. I remember everything about my first viewing, right down to my friend recommending it to me at the Olympic Park. Even the poor second season didn’t dampen my enthusiasm for Death Note.

RahXephon, RahXephon, RahXephon… Of all the anime on this favourites list, RahXephon is the most important to my anime fandom. Sitting down in the viewing theatre at an anime convention, watching the first episode to merely pass the time while I waited for friends, buying the first DVD with the box to fit future discs, the free t-shirt that faded over the years, the anticipation of the next DVD each month at $30 per, the delays that made the wait agony, that one volume with only 3 episodes, and the rush home to dive into the next chapter are all as clear as day. I had rewatched several anime many times each before, but RahXephon was the first I studied, dissecting every character, every motivation, and every action. The wait between volumes led to many rewatches, and even more once I had the set. This dissection is probably why I love RahXephon more than anyone and why I understand how niche it will forever be.

Code Geass is the last anime I watched on this list. If I recall correctly, I only watched this because it was something to watch. I acquired several live action series, films, and an anime or two off a friend, Code Geass included. As I charted the entire world of Guild Wars one day, I started on the anime to ease the tedium of rubbing my character’s face against every wall and mountainside of Tyria. It wasn’t long before I stopped playing and gave all attention to Lelouche in his quest for revenge. Like Death Note, Code Geass was edge-of-your-seat intense that kept you guessing to the end (and what an end it was). I did not watch much anime for several years following.

Why was Gungrave my favourite? It was a combination of factors. First, it took great effort for me to acquire the episodes with no legal means, when torrenting was in its infancy and data caps made the wrong download a month-long error. Second, the grit and style gave a mature tone I hadn’t seen at the time. Most of all, the dynamic between Brandon and Harry and the tragedy of their friendship resonated with me. The turmoil they and the rest of the characters go through engaged me so. I’m sure everyone has that one story you connect to in a way you can’t explain. It’s what makes the oddest story, the most niche story, or even perhaps the worst story somebody’s favourite.

Looking at this list, I notice two recurring themes: romance and righting a wrong. Gungrave, Code Geass, Death Note, Fullmetal Alchemist, and RahXephon all fit the latter, while every entry has a strong romance element save for Death Note (though it still plays a twisted role) and Alchemist, whose romance I wanted more of (wouldn’t flesh out until the remake).

The romance interest is obvious. I was a teenager looking for love, (I found it, but that’s a story for another time) and the romance genre, one I considered dumb and, to own the truth, for girls, was a new avenue. It’s was like discovering a new type of music I hadn’t considered before. Now I can’t get enough of romance across all mediums.

As for the prevalence of plots about righting a wrong, often portrayed as revenge, I guess it appealed to my sense of justice. I abhor an imbalance of justice and seeing people get even is engaging. However, should the means of getting even be illegal, then there must be consequences. And that’s what these anime did well – they didn’t let their characters get even by any means necessary without consequences.

You may have noticed that there are several notable absences from this list. Where’s Evangelion? Didn’t you give Monster your highest rating? For the sake of all anime gods, high and trash, what about Gankutsuou? Well, Evangelion wasn’t a favourite (full review  here as to why), Monster rather bored me – believe it or not – and Gankutsuou fell to the wayside for some mysterious reason. We shall see what has changed since then in my New Favourites article.

So, now I ask you, what were your favourites years ago (or currently, if you are new to anime)? Remember, there are no wrong answers.

10 thoughts on “My Former Favourite Anime”