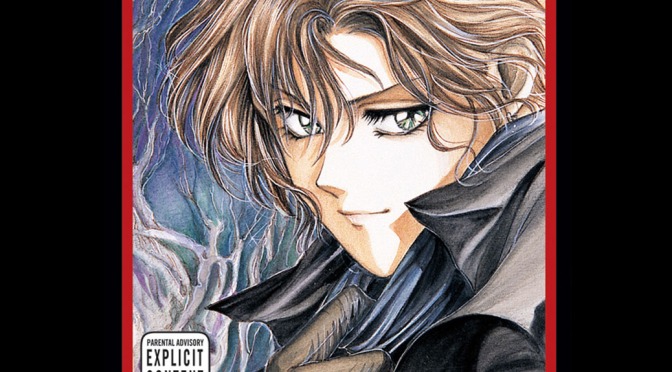 So messy is the storytelling and structure in The Cain Saga that the conflict comes from finding scene transitions rather than the characters. Imagine you are watching a conversation scene in a film, camera cutting back and forth between close up of two characters, and suddenly it cuts mid-conversation to a funeral. Is this funeral a part of the conversation? Have we started a new scene? Yes…no! Not sure…

It’s a shame The Cain Saga suffers from such a glaring issue, for it could have been great. The Cain Saga is the story of Earl Cain Hargreaves, a wealthy heir exploring his family history of lies, secrets, and treachery told through a series of short stories.

Are these stories any good? Mmmyeah…ish. The ideas are fine, but as said earlier, the structuring makes it a chore to read. The dialogue is similarly disjointed. At times, it feels as though each character is talking for a different scene.

As I am trying to decipher yet another scene transition, I find myself wondering what made me add this manga to my collection many months ago. It must have been the genre. I love Gothic fiction, a rarity in anime and manga, so it was nice to find some. Sadly, it wasn’t what I had hoped. The search continues.

Detailed art – possibly even too detailed. Without colour to highlight details, the art regularly looks like a mess, which is a pity.

An aristocrat delves into his family’s history filled with secrets and lies. It’s a shame poor structure and muddled scenes make The Cain Saga a chore to read.

Recommendation: Try it. If you can stomach the messy art and storytelling, The Cain Saga has interesting Gothic short stories to tell, different from your typical manga.