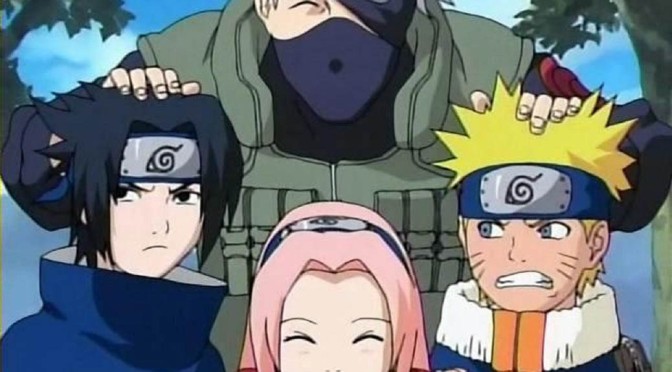 Naruto the Movie: Ninja Clash in the Land of Snow (side story)

Naruto the Movie 2: Legend of the Stone of Gelel (side story)

Naruto the Movie 3: Guardians of the Crescent Moon Kingdom (side story)

Audiences have a love-hate relationship with long running battle shounen. The gargantuan episode count can be reason enough not to give them a shot. In my experience, fans of long running anime often got into the series from the ground level when the episodes were still in double digits and not nearing a millennial celebration. Unfortunately, being there year-one and having a series be a part of your life for a decade or more does lead to a skewed perception of the show’s quality. So, when tackling Naruto classic, my year-one battle shounen, I kept in mind the best anime I have seen since – having not seen Naruto in seven years also helped gain distance.

Naruto centres on young ninja Naruto and his quest to become Hokage, the highest rank in ninjadom. Naruto has a demon fox trapped within, desperate to break free and destroy everything, as it did to the village years ago. He is a pariah in society and uses humour for defence. As part of a three-man squad with Sasuke, the last of an elite clan, and Sakura, whose large forehead is her tragic backstory [sarcasm], they carry out dangerous missions under the guidance of Kakashi, their teacher who has no cares to give.

My first issue is the protagonist himself, Naruto, a problem that applies to most shounen protagonists. I hate how the protagonist is always happy-go-lucky, the “goodest” of the good guys, and thus an uninteresting protagonist. Shounen writers choose these protagonists because they are the least likely to alienate a young audience. Imagine if the protagonist were Gaara instead, a Sand ninja with a similar backstory, who turned out a remorseless killer instead of a prankster – many kids would be terrified and leave before they get to see his full arc. That’s not to say a happy protagonist can’t be challenged through conflict, but in Naruto’s case, his conflict is weak and the pariah status lasts a few episodes at most.

This leads onto my next point – backstory. The writer dumps a hero’s entire backstory into our laps at the first possible instant (usually their first major fight). Just one big dollop mid-fight. A writer should hold back details until the audience is at breaking point, and then reveal something amazing. Naruto’s heroes have little such mystery. Even Sasuke, whose backstory is the most interesting among heroes, is more about his brother, a villain.

Look to the villains and we find the opposite. Their backstory is held in reserve until it can no longer be hidden, making us acutely interested in them as characters. Orochimaru, for example, the main villain and major reason to watch this, doesn’t have his life story narrated to us the first time he fights, as seen with most of the young ninja. His power-hungry past builds him up to be a phenomenal villain, one piece at a time. When you think he can’t be anymore evil, another piece is unveiled to make him even more nefarious, and another, and another.

All shounens have a huge cast, often of filler characters; thankfully, however, a memorable support crew supplements Naruto’s weak protagonist. Many seemingly irrelevant side characters have great story arcs. There are too many to detail, so I will focus on the best and my favourite among them, Rock Lee, the mop-topped and bushy-browed ninja in the springtime of youth. He is a ninja without powers; he can’t use any ‘spells,’ so to speak, relying on hand-to-hand combat. Lee should have been the protagonist. He still fits the criteria for a shounen protagonist: A go-getter, hardworking underdog, and with a quirky, fun slant to him. He succeeds where Naruto fails because the writer went all-out with Lee. His hard work is genuine, while the demon fox does most of the work for Naruto. Lee’s underdog status will never vanish because of his no-spells weakness, whereas Naruto is no longer an underdog after a single arc, even if the writers try to say otherwise – again, the demon fox. When battles matter above all, having the weakness be a combat one is the most interesting. Lastly, Lee’s humour is far better; Naruto is simply juvenile, a brat most of the time, but Lee’s quirks come from his passion, his innate mannerisms, which never feels forced.

Lee’s fights are excellent, some of the best in anime. Naruto in general has great fights, varied too (strategic, all in the mind, brute strength, or trump card types), but Lee takes it to a whole new level. Abilities in Naruto have a lot of thought put into them, each character bringing some cool power, but there is something about Lee’s style, distilled down to its essence, matched to his personality, that makes him so engaging. His conflict, his challenges aren’t only more significant, but also more relatable. They made a big mistake not choosing Lee instead of Naruto.

Like all battle anime, Naruto has its share of padding and filler. Naruto’s go to driving sock is the flashback. A handful of flashbacks, most from season one, are repeated, I swear, at least ten times throughout the series. We have a recap in episode 14; they couldn’t even wait a season. Sometimes we flashback to last episode…twice…in one episode. Desk, meet Face. They like to state the obvious when explaining abilities at times as well – do shounen writers think their viewers are retards?

Naruto doesn’t have it as bad as the likes of Bleach and co. Naruto’s filler is mercifully back-loaded after the canon, with only a half-dozen filler episodes during canon, most of them actually good. One must wait until Naruto Shippuden to have one’s mind drilled through their eyeballs in pain, which leads me to my final negative. A few story arcs conclude in the sequel, a shounen padded and dragged out as bad as any other.

We know filler is born from a need to have an episode everyday while giving the manga time to get ahead, but when releasing on disc later, they should trim all the TV fat. Get rid of these flashbacks, burn the filler, and stop opening with the final scene from last episode. A master edit for Naruto would be fantastic.

Naruto is, ultimately, a good anime weighed down by the trapping that burden the battle genre. If Naruto were never intended for morning TV, it could have had a faster pace, a more engaging protagonist, and more respect for the audience. However, as is, Naruto is still worth watching if you want a good battle anime and are willing to skip the padding yourself.

Good visual design for the most part, particularly in abilities; however, the animation is inconsistent. In Lee’s fights, the animation is excellent, fast, fluid, precise, but where Naruto is involved, expect plenty of static. Naruto’s signature move being a hundred clones means the time and budget for a 1v1 fight is now spread for a 100v1 fight. Most clones are frozen in the background and those that do move, slide rather than run. Also, bright orange for a ninja?

Naruto’s soundtrack goes far beyond the morning cartoon. The hype tracks truly build hype, the perfect instrumental piece accompanies tragedy, and the villains walk to their own sinister church organs. Voice acting in Japanese is another standout. The dub, however…yeah…Naruto’s voice, he sounds like a chain smoker and that “Believe it!” rubbish (they cut it after season one – what mercy!). The dub is hit and miss for such a large cast. Some, like Orochimaru (Steve Blum), the performance I would have guessed as most difficult to match, are perfect.

Recommendation: Good shounen to start with. The overall high quality is predicated on you skipping the filler (for a simple guide, stop at episode 140). It is a medium quality otherwise.