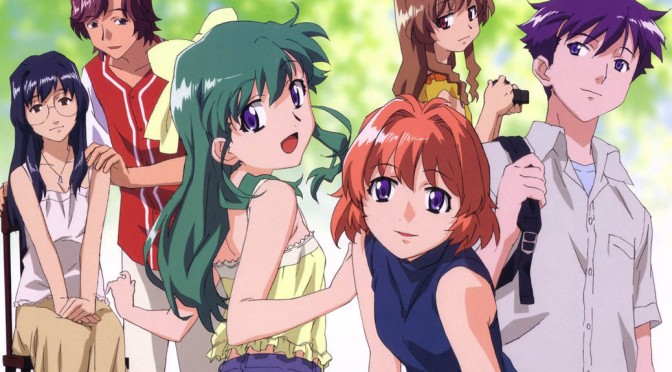 Let’s get this over with, for I have already wasted ten hours of my life on this garbage twice. Why twice? Because when I first watched this as a teenager for its relation to Please Teacher, I thought it was average. Average, yes – I truly was a git, an imbecile of the highest order. To consider Please Twins as average is not only too generous for even a Nigerian prince, but also an insult to intelligence. What we have here is the lowest form of anime.

One day, Karen and Miina rock up at Mike’s house, both claiming to be his twin sister found in a childhood photo. Of course, only one can be his sister, the other a stranger. And so, while they figure out who is related, they decide to crash at his place, oh, and mount his mini fireman’s pole. They pretend to care about waiting until they are sure who can avoid incest, but as we are (cruelly) witness to each episode, they want nothing more than to slide that toothpick between their teeth. Karen, Miina, even when you girls spend five minutes EVERY EPISODE telling us you won’t hump him, your actions scream ‘take me roughly by the garden shed.’

These characters being related has no effect whatsoever, entirely meaningless to both plot and “romance.” Even if you ignore the incest angle, (pretend these two girls are whores who left their adoptive families to find the cream of some young guy) it is still super creepy. More baffling are the reactions of classmates and his teacher (Ms Kazumi from Please Teacher), as no one objects. Sure, some girl, also in love with Mike’s wet noodle, protests about the indecency, but we can all see how feeble her convictions are – hell, she would probably agree to join the three, if you know what I mean. (Of course you know what I mean; you’re not an idiot, unlike these characters.)

Is there anything good I can say about this shite? Well, Ms Kazumi is humorous for her few appearances, and there is a guy in class who has the hots for Mike, making some hilariously timed comments about wetting his whistle with Mike. Except, it turns out the guy isn’t gay and all of that was meaningless. They could have replaced him with an entirely new character for the second half. Yep, they couldn’t even maintain the one funny character.

Please Twins was agony. My forehead hit the desk many times, yet the memory never faded of seeing the characters get into compromising situations, then mentioning they are related, but maybe not, repeated every episode. This anime could fit into three episodes without loss of content. Even three episodes is pain.

Though Please Twins shares an art style with Please Teacher, the former lacks the surprising polish found in the latter. Also, the leading trio are hideous in design.

With such an awful script, one can hardly expect greatness in the sound department. Doesn’t have a memorable soundtrack, unlike Please Teacher – minimal effort, honestly.

Two girl show up on a guy’s doorstep; one is his twin, the other a stranger, both want to get into his pants. Creepy, unfunny, repetitive.

Recommendation: Avoid it, even if you liked Please Teacher. Please Twins contains just about every awful, clichéd, and eye-rolling trope found in anime. Utter arse.