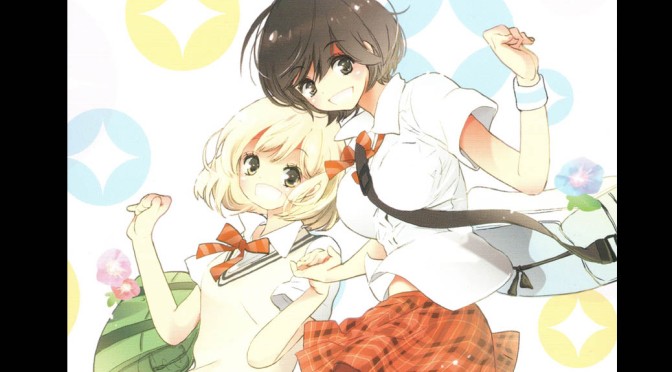 Finally, a yuri manga with a comedy focus that knows how to have substance. Asagao to Kase-san is the story of Yamada, self-appointed school gardener, and Kase the star of track and field as they bond over their interests. Yamada suffers from a lack of self-confidence, especially when compared to the tall Kase, and doesn’t think she has a chance with Kase since they are both girls. Kase helps Yamada express herself, be more confident through athletics.

Yamada is disgustingly adorable as a character, and not in the forced manner of mediocre anime. She doesn’t insert random adorable actions dissonant with her character, rather, her attitude and core personality is adorable, thus making her actions intrinsically adorable.

Kase-san’s greatest achievement, for me, is the believability of the relationship. They are established as friends first, couple second, lending a credibility often missing from high school romances (*cough* Bella & Edward *cough*).

I have no difficulty in recommending Kase-san to anyone looking for a laugh and fun story. It’s a joy to see the awkwardness of first love between Kase and Yamada.

A fun story for likeable characters. The relationship is fun to watch develop.

Recommendation: Read it. Incredibly enjoyable manga to read and I look forward to its continuation.