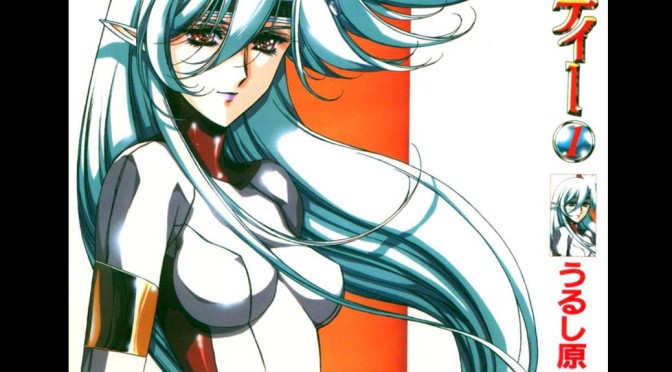 In the near future, where nipple-sculpts are standard on uniforms, mechanical parasites have wiped humanity near extinction by turning their human hosts into dangerous cyborgs. The humans survivors banded together to fight the android enemies. An elfin woman called Carol was engineered to lead them to victory against the parasites. In her female form, she has superhuman regeneration, whereas her male from (she can shift forms to any person whose DNA she absorbs) has super strength. Carol is also the sworn protector of Shiori, the protagonist.

Chirality’s premise is reminiscent of Terminator 2 with Carol as the terminator created to protect an innocent character from machines. However, where John Connor has a purpose in the story of Terminator, Shiori is of little use in Chirality. Looking at her art, and that of all female characters here, she seems on the verge of tears, only to find later that she is in tears most of the time. Her only purpose is to give purpose to Carol (as if saving humanity wasn’t enough) and be Carol’s love interest. Then there’s her outfit, which, to be fair, applies to all the women, making it even harder to take her seriously. I only have the first outfit below; the truly ridiculous ones are too NSFW here – find volume 3 if you are interested. Carol, on the other hand, is a much more interesting character with her variety of cool powers, badass nature and relation to the villain. Not to mention, her later combat outfit is awesome without losing sexiness that the artist clearly loves.

The narrative suffers from a serious case of ADD as it bounces from one scene to the next. I got the impression that panels were missing between key moments. For example, people are talking, then the next shot they are fighting. When did the enemy appear? Chirality doesn’t take the time to establish the setting and plot details. The writer feels desperate to move on without letting each scene shine on its own.

It’s a shame that Chirality has such blatant flaws since it is one of the most unique stories of the yuri genre.

If it weren’t for those stupid outfits and expressions, the art could have been great. The male and female characters don’t look like they come from the same artist, so different are their styles.

A good idea for a story of survival in an apocalyptic world unfortunately told in a hyperactive manner with an inactive protagonist.

Recommendation: Don’t bother. What is wrong with Chirality outweighs any good it has within.